With expeditions to Mars at the forefront of future space exploration, it’s exciting to look to the past with Vulcan Spring’s involvement with the first spacecraft to successfully land on Mars, the Viking 1 Orbiter and Mars Lander.

“Mars tugs at the human imagination like no other planet. With a force mightier than gravity, it attracts the eye to the shimmering red presence in the clear night sky.” – John Noble Wilford, Mars Beckons

Here’s how our springs helped humanity make it to Mars:

It’s fundamental to grasp how the Constant Torque Spring and the Constant Force Spring function, as they were both essential components in the achievements of the Viking 1 Orbiter and Lander. 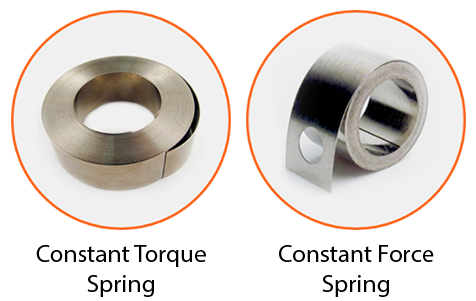 The Constant Torque Spring is designed to provide a consistent, flat torque curve. With a large number of turns in a small package size, the Constant Torque Spring provides either tension or retraction on cable mechanisms. This technology was a part of what allowed the Viking 1 Orbiter’s Solar Panels to unfold and rest in their open and operational position.

“Four solar panel wings extended from the axis of the orbiter, the distance from tip to tip of two oppositely extended solar panels was 9.75 m. The power was provided by eight 1.57 × 1.23 m solar panels, two on each wing. The solar panels were made up of a total of 34,800 solar cells and produced 620 W of power at Mars.” – Gunter’s Space Page 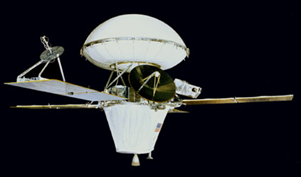 The Constant Force Spring offers high force output with small space requirements, long linear reach with minimal force buildup, and stores power indefinitely when extended. This ability makes this spring essential for antennas, which is precisely what it was used for on the Viking 1 Lander.

In July of 1976, the Viking 1 Mars Lander landed on the Western Chryse Planitia of Mars, more commonly known as the Golden Plain. Once on the surface, the Viking 1 Lander erected an antenna powered by Vulcan Spring’s Constant Force Spring, which kept the antenna extended and pointed toward Earth. Once the antenna was deployed and positioned, the first color photograph was captured of Mars and transmitted back to Earth for the world to witness. 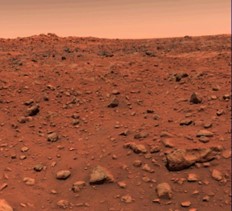 From the first Mars Orbiter and Lander to the James Webb Space Telescope, Vulcan Spring and Manufacturing heartily looks to the sky grateful for its part in history by aiding in space exploration. With over 50 years of serving diverse industrial and retail markets, ISO-certified Vulcan Spring prides itself on delivering consistent and quality custom springs with our superior design and high-volume production capabilities, even for the most challenging applications. For more information on our Contorque® and Conforce® Springs, visit our Aerospace & Defense page on our website.

The Northeast is digging out from the severe snow event that has occurred over the past two days. Vulcan is operating with minimal resources in the office again today, Tuesday February 2nd (happy Groundhogs Day!). Production is limited and most office staff are working remotely while others will arrive in the office late. We are doing all we can to make sure our customers are taken care as expeditiously as possible.

Please email or dial individuals directly if possible - phones are forwarded for those working remotely. Otherwise email sales@vulcanspring.com or leave a message on our main number (215-721-1721) and someone will get back to you as soon as possible. Thank you and we wish all that have also been affected by the snow storm to remain safe!